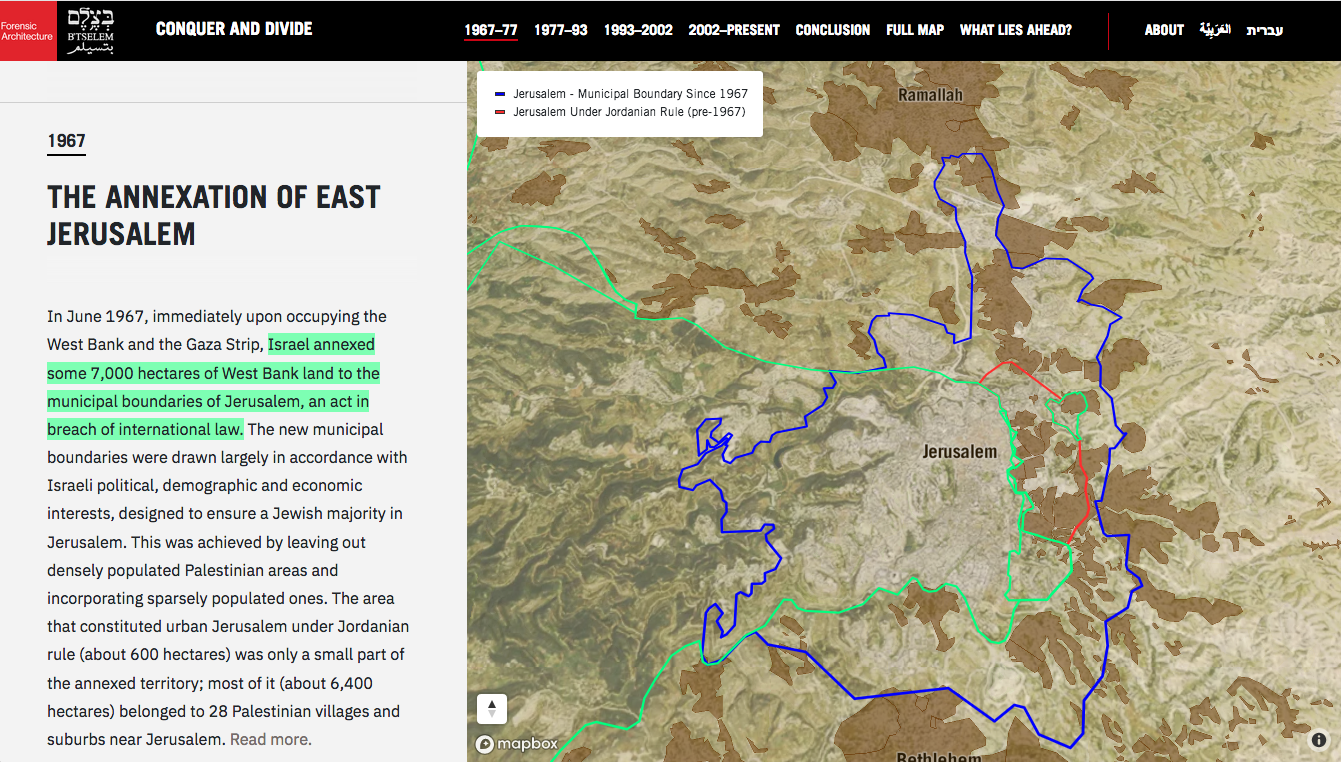 About this project, from Haggai El-Ad, Executive Director of B’Tselem:
Israel has worked tirelessly and consistently to shatter Palestinian space, breaking it up into weakened, isolated fragments that are easier to control, exploit and oppress.

To visualize these spatial and temporal processes – how they took place, the pretexts cited, and the reality they shaped – B’Tselem is launching Conquer and Divide: a special interactive project in collaboration with UK-based research agency Forensic Architecture.

Viewers can scroll through maps covering 52 years of Israeli policy, showing how military orders, various declarations and planning measures have served in concert to establish ever more Israeli settlements and infrastructure, promoting Israeli interests at the expense of Palestinians’ rights.

The future of all 14 million people who live between the Jordan River and the Mediterranean Sea cannot possibly be founded on Israeli dominance, and separation and oppression of Palestinians; it cannot be based on one people shattering the lives, communities and lands of another.

At B’Tselem, we believe in standing up to injustice – backed by facts.
We invite you to explore the maps in the project not merely as an academic exercise; it is an invitation to see reality for what it is – and demand an entirely different future.
Visit and explore Conquer and Divide