The following news sources are included in Mapping the Movement because they are a crucial part of the struggle for Palestinian rights; they provide a voice for the Palestinian people and for the advocacy movement worldwide that is missing from most of the mainstream press.

In addition to these featured news sources, see the list for News & Commentary, at our Useful Links page

The Electronic Intifada is an independent online news publication and educational resource focusing on Palestine, its people, politics, culture and place in the world. Founded in 2001, The Electronic Intifada has won awards and earned widespread recognition for publishing original, high-quality news and analysis, and first-person accounts and reviews. The Electronic Intifada’s writers and reporters include Palestinians and others living inside Palestine and everywhere else that news about Palestine and Palestinians is made. Our reporting is built on a foundation of documented evidence and fact-checking. We also publish news from leading human rights organizations, activists and news agencies with strong records.
As a publication, The Electronic Intifada generally does not take positions on specific issues, but it does provide a forum where commonly excluded perspectives and challenging viewpoints are presented. Its editorial choices are informed by the commitment of its cofounders and editors to universal principles of human rights, international law, anti-racism and equal justice.
Website: electronicintifada.net
Daily subscription: subscribe to EI news
Facebook: facebook.com/electronicintifada
Twitter: twitter.com/intifada

Mondoweiss is an independent website devoted to informing readers about developments in Israel/Palestine and related US foreign policy. We provide news and analysis unavailable through the mainstream media regarding the struggle for Palestinian human rights, with original on-the-ground reporting, analysis by scholars, and personal stories. As the site has grown, we have developed a large group of regular contributors who are committed to high journalistic standards of documentable evidence and reliable sourcing.
Founded in 2006 as a personal blog of journalist Philip Weiss, Mondoweiss grew inside the progressive Jewish community and has become a critical resource for the movement for justice for Palestinians. We continue to follow debates over the role of Israel and nationalism in Jewish American life while seeking to reflect a diverse community of views on issues of international importance. We recognize that Jewish voices are often prioritized in discussions of Israel and seek to challenge that dynamic by bringing a universalist focus to an issue that is commonly dominated by narrow points of view.
Mondoweiss editors select content for the site on the basis of our shared commitment to news professionalism as well as justice for Palestinians. We do not have a single editorial position on specific issues, but aim to build a diverse online community, with special focus on viewpoints generally ignored by large media outlets. Writing published on Mondoweiss represents the views of its authors and does not necessarily represent the opinions of the site or its editors.
Website: mondoweiss.net/
Subscribe, weekly or daily: see form, bottom of home page: http://mondoweiss.net/
Facebook: facebook.com/mondoweiss
Twitter: twitter.com/mondoweiss

The Institute for Middle East Understanding (IMEU) is an independent non-profit organization that provides journalists with quick access to information about Palestine and the Palestinians, as well as expert sources, both in the United States and in the Middle East. Both through its website and its staff, the IMEU works with journalists to increase the public’s understanding about the socio-economic, political, and cultural aspects of Palestine, Palestinians, and Palestinian Americans.
The IMEU assists journalists who are working on stories about Palestine or the Palestinians by:
•    Providing access to the latest news stories, expert analysis, photographs and other visuals
•    Maintaining an updated panel of credible experts and analysts who can comment publicly on the news, life and culture of Palestinians and Palestinian Americans.
•    Putting journalists in contact with Palestinian women and men from all walks of life – including artists, poets, businesspeople, medical professionals, policymakers,  and more – who are willing to be interviewed.
•    Compiling an extensive library of images, maps, studies, reports and polls relating to Palestine and the Palestinians
•    Providing a comprehensive set of answers to the most commonly asked questions about Palestine and the Palestinians
•    Supplying links to websites and other online materials that offer journalists a wide range of information on the Palestinian experience. The IMEU provides these links as a service to journalists but it does not necessarily endorse the views or opinions of the various sources.

The IMEU was founded in 2005 by a group of concerned Americans who want to foster an increased understanding among Americans about Palestine and the Palestinians. The IMEU is an independent organization and is not affiliated with any government or political party. It is funded through individual donations and foundations.
Website: imeu.org
Email: [email protected]
Facebook: facebook.com/theIMEU
Twitter: twitter.com/theIMEU
Instagram: instagram.com/theimeu
Subscribe: See “Journalists, Sign up for update” bottom left corner of every page

The Washington Report on Middle East Affairs is a magazine published 8 times per year in Washington, DC, that focuses on news and analysis from and about the Middle East and U.S. policy in that region.
The Washington Report on Middle East Affairs does not take partisan domestic political positions. As a solution to the Palestinian-Israeli dispute, it endorses U.N. Security Council Resolution 242´s land-for-peace formula, supported by seven successive U.S. presidents. In general, the Washington Report on Middle East Affairs, supports Middle East solutions which it judges to be consistent with the charter of the United Nations and traditional American support for human rights, self-determination, and fair play.
WRMEA is published by the American Educational Trust (AET), a non-profit foundation incorporated in Washington, DC by retired U.S. foreign service officers, to provide the American public with balanced and accurate information concerning U.S. relations with Middle Eastern states. AET’s Foreign Policy Committee has included former U.S. ambassadors, government officials, and members of Congress.
Website: www.wrmea.org
Facebook: facebook.com/wrmea
Twitter: twitter.com/WRMEA
Youtube Channel: youtube.com/WashingtonReportonMiddleEastAffairs
Subscribe: wrmea.org/subscribe.html

FMEP is not exactly a news agency, but their daily email report, “What We’re Reading,”  is an excellent roundup of the latest Israel/Palestine news across the internet, a valuable way to track many of the most important current stories and see sources that might otherwise be missed.
FMEP also publishes a Legislative Roundup of Israel-related activity in the U.S. Congress (produced every week Congress is in session), and a weekly Settlements Report on Israeli settlement activity in the West Bank
The Foundation for Middle East Peace was created in 1979 to promote a just resolution to the Israeli-Palestinian conflict. The Foundation advances this goal through education, publications about the conflict, a speakers’ program to introduce Israeli, Palestinian, and other experts to U.S. audiences, public speaking by officers of the Foundation, and a small grant program to support groups that advance the cause of peace in Israel and Palestine.
SEE: What We’re Reading
SEE: U.S. Legislative Roundup
SEE: Settlements Reports:
Subscribe and choose the publications you want
Website: https://fmep.org
Facebook: facebook.com/Foundation-for-Middle-East-Peace-82038934261
Twitter: twitter.com/FMEP

Independent and progressive in orientation, MERIP provides critical, alternative reporting and analysis, focusing on state power, political economy and social hierarchies as well as popular struggles and the role of US policy in the region. MERIP seeks to reach academics, journalists, non-governmental and governmental organizations and informed citizens who want knowledgeable analysis and critical resources about contemporary political developments. Informed by scholarship and research, MERIP is not a peer-reviewed academic journal, but rather a curated platform for critical analysis and discussion that brings informed perspectives to a broader audience.

The Middle East Research and Information Project (MERIP) was established in 1971 to educate and inform the public about contemporary Middle East affairs. A registered 501(c)(3) non-profit organization, MERIP publishes a quarterly print magazine, Middle East Report, as well as frequent articles, updates and educational primers on its website.

Launched in 2005, Ma’an News Agency (MNA) publishes news around the clock in Arabic and English, and is among the most browsed websites in the Palestinian territories, with over 3 million visits per month. Considered the main source of independent news from Palestine, MNA has become the first choice for online information for many Palestinians, and is also attracting a growing international readership and interest from prominent international news organizations and agencies. Ma’an Network is the largest independent TV, radio and online media group in the West Bank and Gaza Strip. It also broadcasts regionally via the Ma’an-Mix satellite channel.
Website: www.maannews.com
Facebook: facebook.com/MaanNewsAgency
Twitter: twitter.com/maannewsagency

+972 Magazine is an independent, online, non-profit magazine owned and run by a group of Israeli and Palestinian journalists, providing fresh, in-depth reporting and analysis directly from the ground in Israel-Palestine. The magazine is committed to human rights, democracy, and freedom of information, and actively opposes the Israeli occupation. However, +972 Magazine does not represent any outside organization, political party, or agenda.
Our goal is for our reporting to provide local and foreign readers alike a unique vantage point to examine the issues that are too often presented without context. We put a particular focus on elevating the voices of people working to end the occupation and those most affected by it, and on showcasing perspectives often overlooked in mainstream narratives.
Website: 972mag.com
Subscribe to their weekly newsletter on their home page (see “SUBSCRIBE” near the top right corner on the home page)
Facebook: facebook.com/972magazine
Twitter: twitter.com/972mag 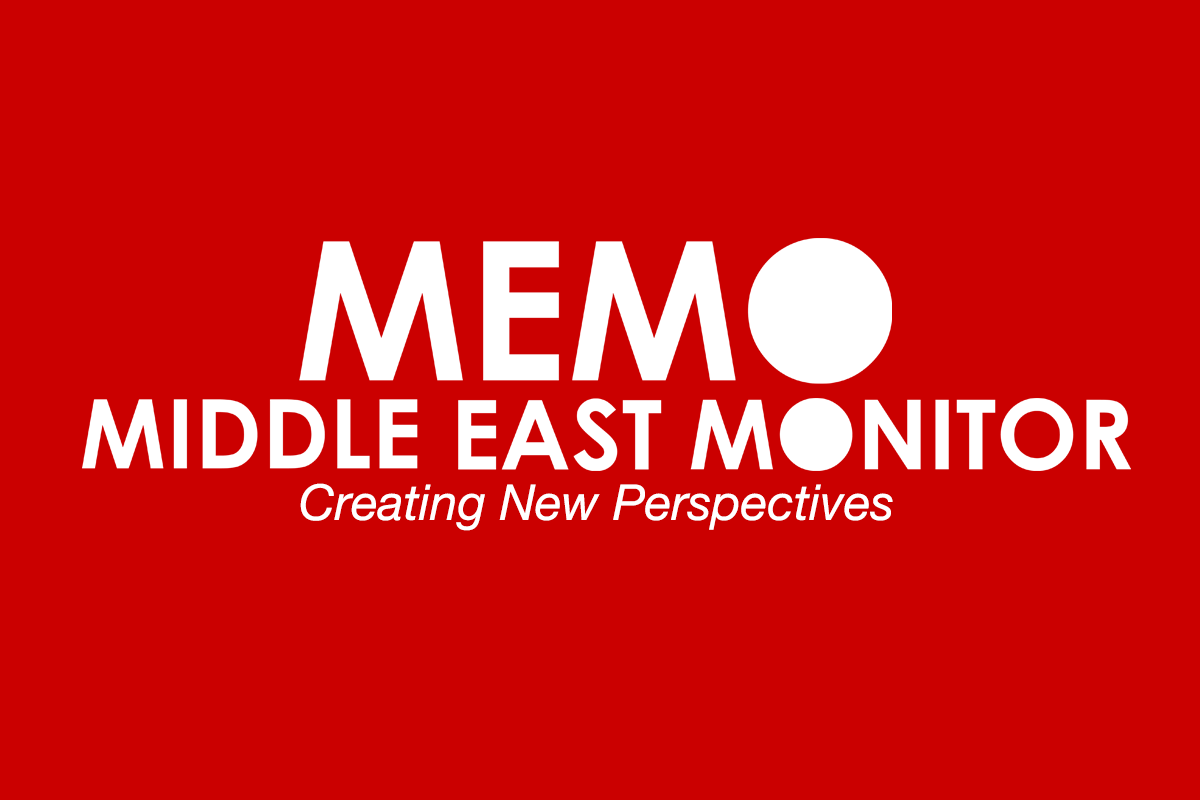 The use or misuse of information is central to the conflict in the Middle East. There has been a growing need for supporters of, in particular, the Palestinian cause, to master the art of information gathering, analysis and dissemination. This requires well organised, focused and targeted operations. Such initiatives are virtually non-existent in the West today.
The Middle East Monitor (MEMO) was established to fill this gap.
• We provide a focused and comprehensive coverage of Palestine, and its regional neighbours.
• We do so by gathering news through our extensive networks of partner organisations and correspondents on the ground
• Not only do our readers enjoy up-to-date reporting, through our network of contributors, we also publish carefully reasoned commentaries rooted in factual evidence
• We are also an essential point of reference for journalists, researchers, human rights organisations and NGOs
Here at MEMO, we recognise that official policy is often informed and defined by the nature of media coverage. As such, we regularly interface with politicians, editors, lobby groups and various other stakeholders to facilitate a better understanding and appreciation of the Palestine issue.
Website: https://www.middleeastmonitor.com
Facebook: facebook.com/middleeastmonitor
Twitter: twitter.com/middleeastmnt
Instagram: instagram.com/middleeastmonitor
Youtube Channel: youtube.com/channel/UCJX8Wn6opMsBng3QWh0dK6g

The Palestine Chronicle is a 501(c)3 non-profit organization whose mission is to educate the general public by providing a forum that strives to highlight issues of relevance to human rights, national struggles, freedom and democracy in the form of daily news, commentary, features, book reviews, photos, art, and more. The Palestine Chronicle team consists of professional journalists and respected writers and authors who don’t speak on behalf of any political party or champion any specific political agenda.
The Palestine Chronicle website was established in September 1999 and has grown in its importance and scope of coverage mostly because of the support it received from socially conscious and progressive scholars, writers, activists, readers and communities around the world.
Website: palestinechronicle.com
Facebook: facebook.com/palestinechronicle
Twitter: twitter.com/PalestineChron
Subscribe: Scroll down the Home Page and SEE the SUBSCRIBE BUTTON on the right