YOUR RESOURCE FOR A JUST PEACE

Find out what you can do individually, at your church
& in your community. Connect with groups worldwide
committed to the struggle for liberation & justice.

The Palestine Portal Community: See Who We Are

News stories in recent months and opportunities for action,
from and for the Palestine Portal community.
(See previous news stories here. Previous action alerts are here.)

This action by the UCC set a new standard for the church movement for Palestinian rights. By speaking the truth of Israel’s actions without qualification and declaring without reservation the duty of the church to respond accordingly, the denomination has challenged not only its own members but churches in the United States and the world at large to do the same.
Read more, get the resolution, see news coverage, thanks and endorsements, and more:
See these on Palestine Portal 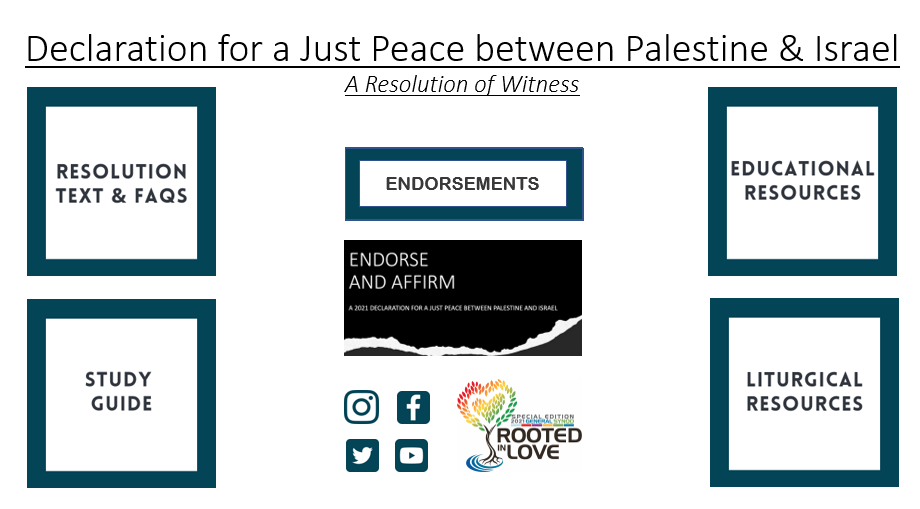 Words to Action: UCC’s Comprehensive Guide for the Declaration for a Just Peace

UCC Palestine Israel Network (UCC PIN), which successfully led the effort for this Declaration to be adopted,  has now provided a comprehensive set of learning materials, available to congregations and organizations from all denominations.
Check out this interactive presentation and see the entire resource collection at their website.
The UCC declaration and accompanying materials represent the culmination of decades of church activism, clearing the way for the actions that will ultimately change the political wind and bring liberation to both oppressed and oppressor. 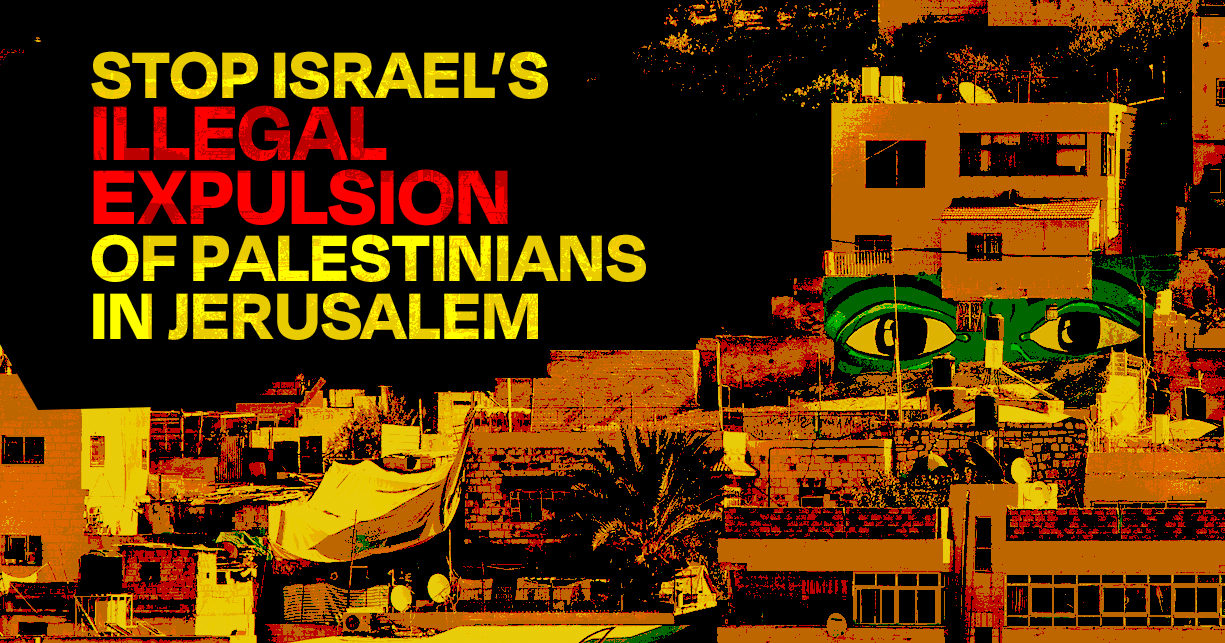 Stop the Ethnic Cleansing of Jerusalem

In  May, Israel plans to begin expulsions and home demolitions that will ultimately target  over 1,500 Palestinian residents in Sheikh Jarrah, Silwan, and other historically Palestinian neighborhoods in occupied East Jerusalem.

The “Judaization” of East Jerusalem has been in progress  since the military conquest of the West Bank by Israel in June 1967. It has included the incremental confiscation of non-Jewish property within the Old City Walls and the ethnic cleansing of Palestinian neighborhoods to the north, east and west of the Old City. The goal is not only to make Jerusalem into an entirely Jewish city, but also to encircle it with a ring of Jewish settlements, effectively cutting it off from the rest of the West Bank and preventing the establishment of a Palestinian capital in East Jerusalem.

The Jerusalem Declaration on Antisemitism

In March 2021, The Jerusalem Declaration on Antisemitism was presented by 200 scholars as a tool to meet the challenge of fighting antisemitism while protecting free speech. In sharp contrast to the highly controversial IHRA definition of antisemitism that some are attempting to codify into law across the US and Europe, The Jerusalem Declaration rejects identifying BDS actions or antizionism as antisemitic in themselves. Welcome as those distinctions are, some see problems in this latest installment of the ongoing global debate.   See the Preamble and the full Declaration at its website  See initial responses from Jewish Voice for Peace and the Palestinian National Boycott Committee (BNC)  Read reports and diverse commentary in The Forward, Palestine Chronicle, JPost, Mondoweiss, and Jewish Currents
Related News: 40+ Jewish Organizations Worldwide Reject the IHRA Definition 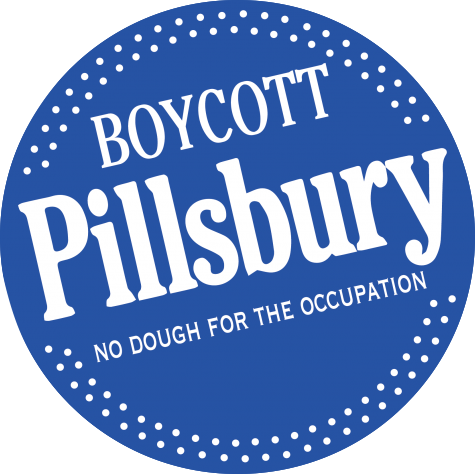 No Dough for Occupation: #Boycott Pillsbury

Tell General Mills to get out of illegal Israeli settlements!
The U.N. has named General Mills as one of the 112 businesses that are violating international law by operating in occupied Palestinian territories. General Mills is profiting from apartheid and contributing to gross human rights violations against Palestinians. Yet General Mills has endorsed the UN Guiding Principles on Business and Human Rights! A broad coalition of faith-based and secular partners are calling on this corporation to put their principles into practice.  Learn more about this boycott (scroll down that page for great resources)
See this article: We’re boycotting Pillsbury. Here’s why you should join us.
Send a message to General Mills: Stop manufacturing on stolen land! 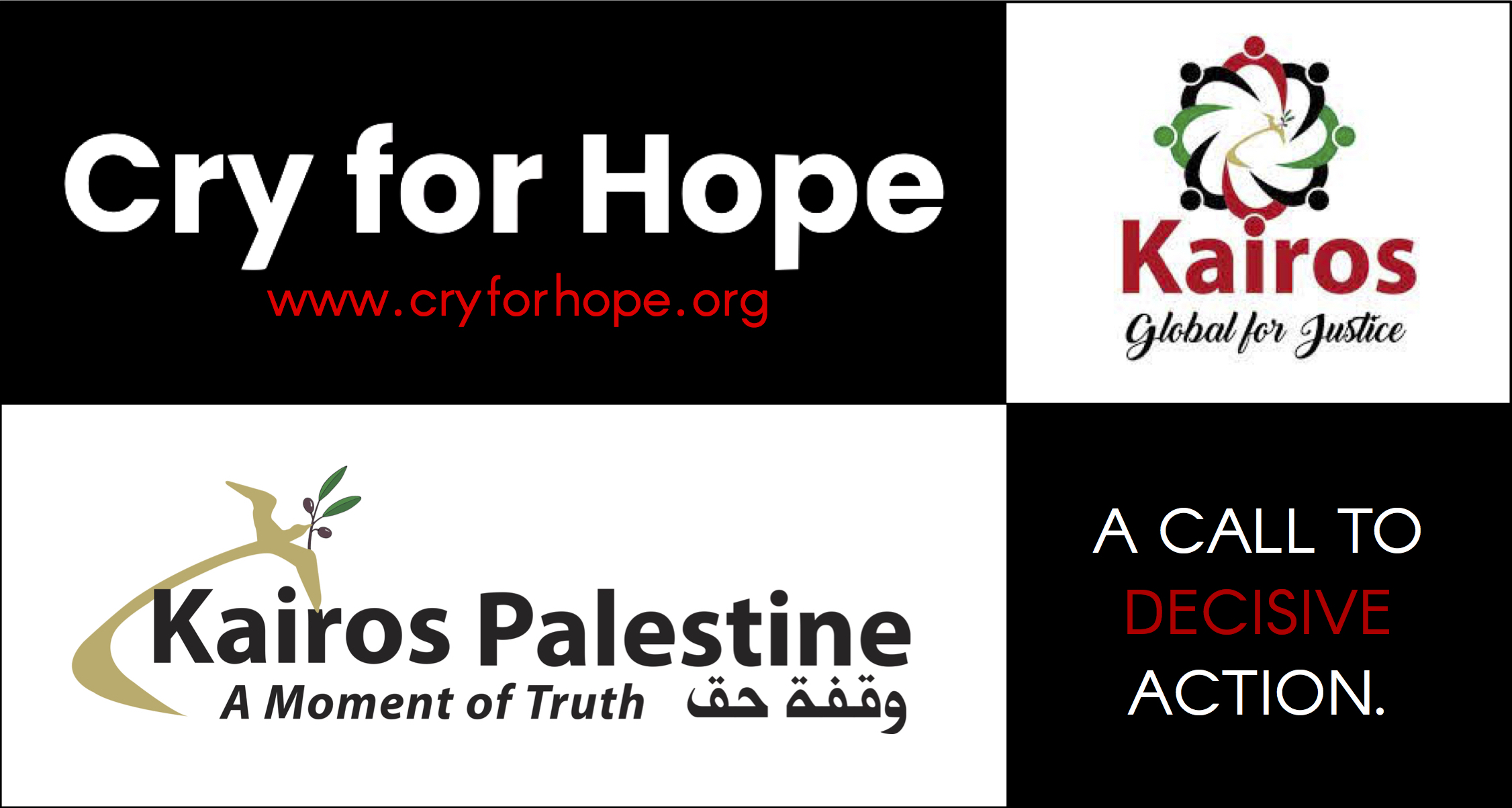 Cry for Hope: A Call to Decisive Action
Endorse and share the Palestinian Christians’ Call of 2020


SEE MORE and TAKE ACTION
“Cry for Hope” joins with movements of oppressed peoples around the world in taking a stand against the politics and economics of Empire, a global order of domination manifesting in racial, economic, cultural, and environmental oppression that threatens humanity and all of creation. It calls on churches, ecumenical organizations, concerned advocates from other faith traditions, and partners from all sectors of civil society to undertake these seven actions:

Join the community of individuals, churches and organizations the world over standing for justice and equality.  Read “Cry for Hope: a Call to Decisive Action,” available in multiple languages. Join the Facebook community to share how you are responding to “Cry for Hope.” 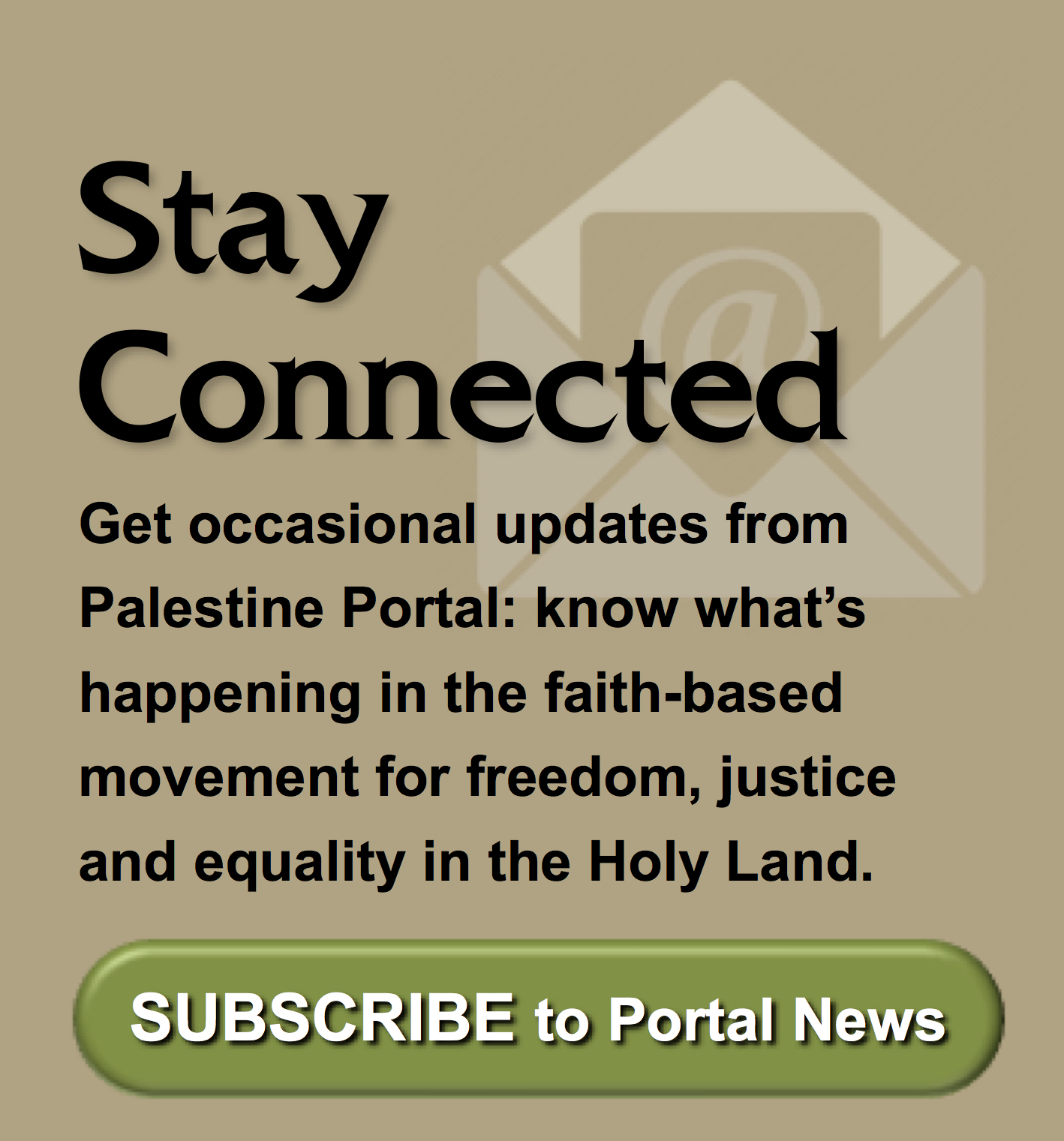 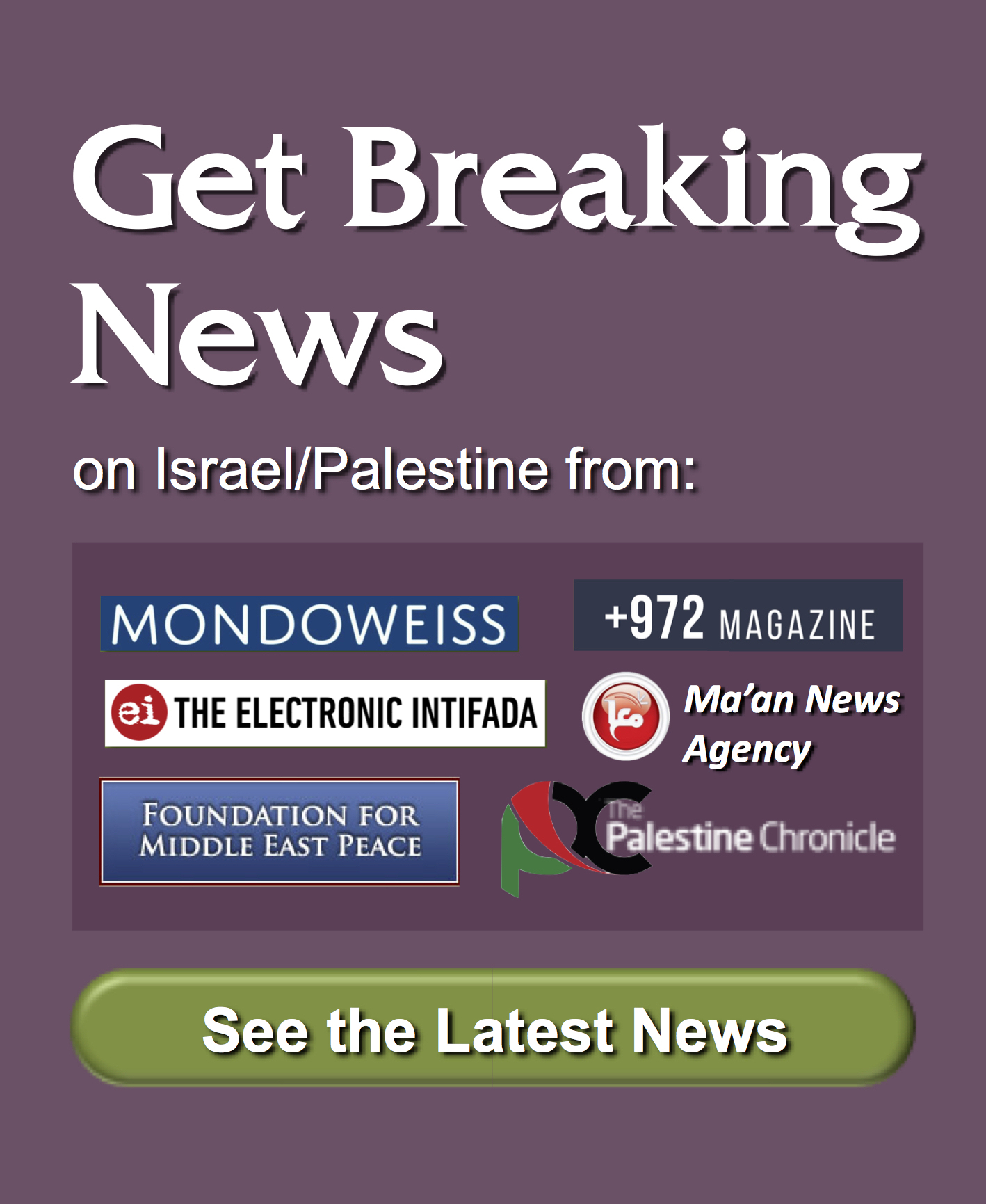 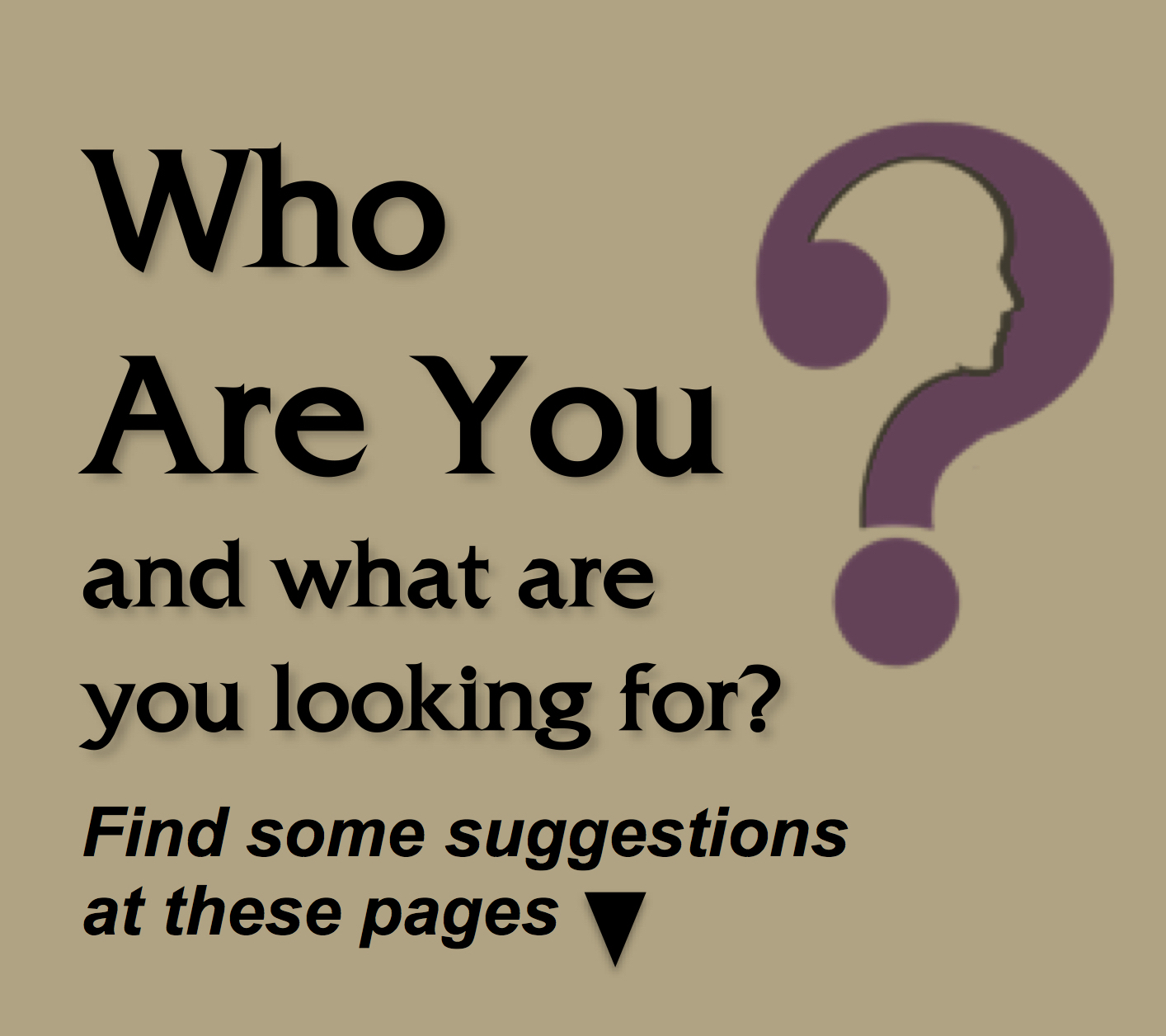 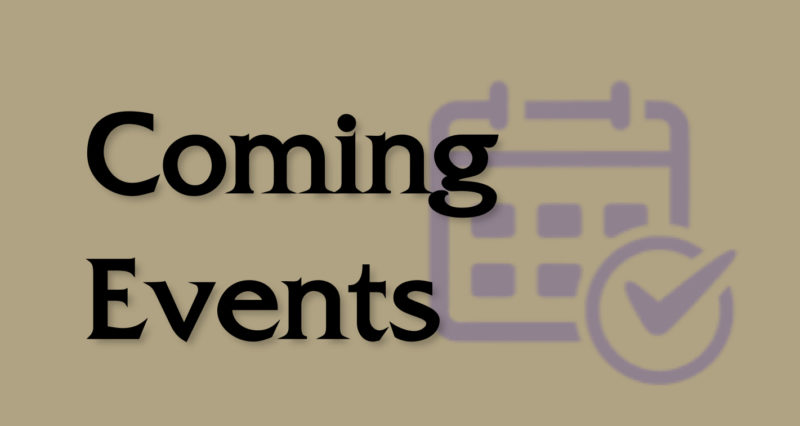 Learn more about these events at our EVENTS PAGE, or click the links below for each one

Use the scroll bar to see more tweets ⬇︎

Prophecy in our time: "There are situations when "peace" itself becomes the enemy...Whether the evil being addressed is slavery, racism...or apartheid, it is totally unacceptable to take a mild, compromising stance that avoids confrontation...." https://www.fosna.org/the-fosna-blog/peace-amp-apartheid

Well, this is awkward... I'm joining the boycott of... myself. I've exhausted all other ways to get myself out of occupied East Jerusalem. This land is Palestinian. No company should benefit from an illegal occupation, annexation of stolen land, and apartheid. #BoycottPillsbury

WHILE GIVING THANKS & ENJOYING A HOLIDAY WEEKEND: Remind govt leaders of those living under occupation and siege! To Biden:"It's time for YOU to oppose rampant Israeli settlement expansion." To U.S. Senate:"Support Bernie Sanders' NDAA amendment for Gaza." https://umkr.salsalabs.org/alert-nov2021

Join FOSNA & the world community in telling Israel: we demand JUSTICE for Mohammed Halabi, the director of World Vision's humanitarian aid for Gaza. The charade of grossly false charges & imprisonment w/ no due process must end! https://chng.it/W95zQJcM #Justice4Halabi @fosnalive