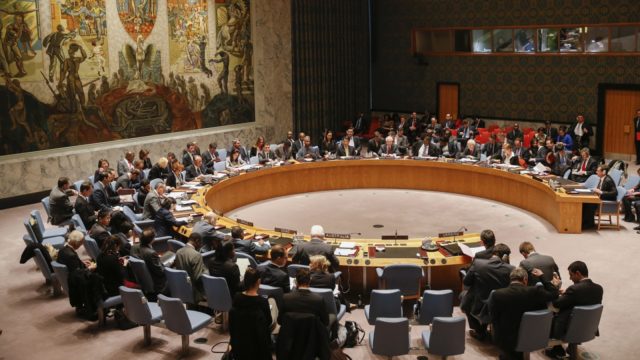 What is international law?

The modern history of international law begins in the 19th century, when the world community initiated treaties among many participating nations that set standards for acceptable behavior in times of war and other aspects of international relations. International law is usually understood to apply to relations between nations, rather than to private citizens or the laws that govern those citizens. However, some treaties, such as the Geneva Conventions, require that national laws conform to its regulations.

Many aspects of Israeli treatment of Palestinians violate international law; in particular the Israeli occupation of the West Bank and Gaza entails numerous violations of the Fourth Geneva Convention which addresses the treatment and protection of civilians in times of war and conflict.

Following is a brief, non-comprehensive review of the application of the Fourth Geneva Convention and other instruments of international law to some key issues in Israel/Palestine. Information for this article is derived from “Faith Under Occupation,” a publication by the World Council of Churches, the AFSC publication “Life Under Occupation,” and other sources. Palestine Portal welcomes recommendations for amendments and improvements for this subject: [email protected].

UN Security Council Resolution 242 (22 November 1967) calls upon Israel to withdraw its forces from land that it claimed during the 1967 war (the West Bank including East Jerusalem, the Gaza Strip, the Golan Heights & the Sinai Peninsula), and the inadmissibility of acquisition of land by force.

“Grave breaches…shall be…extensive destruction and appropriation of property which are not justified by military necessity and carried out unlawfully and wantonly.”
Geneva Convention IV, Article 147

“The occupying power shall not deport or transfer members of its own civilian population into the territory it occupies.”
Geneva Convention IV, Article 49

In several resolutions – most recently in UN SC 2334 in December 2016 – the UN Security Council has reminded Israel of this and described its settlement enterprise as a “flagrant violation of international law.”

Geneva Convention IV, Article 53 prohibits an occupying power from destroying any property unless it is absolutely necessary for military operations.

“Grave breaches…shall be…extensive destruction and appropriation of property which are not justified by military necessity and carried out unlawfully and wantonly.”
Geneva Convention IV, Article 147

Objects that are essential for the survival of the population (e.g. water cisterns and sewage systems) should not be attacked, destroyed, removed, or be rendered useless.
Additional Protocol I to Geneva Convention IV, Article 54

“Individual or mass forcible transfers, as well as deportations of protected persons from occupied territory to the territory of the Occupying Power or to that of any other country, occupied or not, are prohibited, regardless of their motive.”
Geneva Convention IV, Article 49

UN Resolution 194, Article 11 (11 December 1948) resolves that the refugees wishing to return to their homes and live in peace with their neighbors should be permitted to do so at the earliest practicable date, and that compensation should be paid for the property of those choosing not to return and for loss of or damage to property which, under principles of international law or in equity, should be made good by the Governments or authorities responsible;

“Everyone has the right to leave any country including his own and to return to his country.”
Universal Declaration of Human Rights, Article 13

Regarding Water and Sanitation

On 2010, the UN Human Rights Council recognized the right to water and sanitation as human rights, as they are indispensable for the full enjoyment of the right to life, the right to health and the right to dignity. Under international humanitarian law, an occupying power is responsible for the welfare of the civilian population and must ensure that civilians are provided with or allowed to secure the basic needs and objects indispensable for their survival including food, water, medical supplies and shelter. Under the fourth Geneva Convention, Israel must ensure Palestinians’ access to drinking water, water for personal hygiene and sanitation (Articles 55 and 56, Geneva Convention IV).

Regarding Food and Medical Care

To the fullest extent of the means available to it, the Occupying Power has the duty of ensuring the food and medical supplies of the population; it should, in particular, bring in the necessary foodstuffs, medical stores and other articles if the resources of the occupied territory are inadequate.
Geneva Convention IV, Article 55

If the whole or part of the population of an occupied territory is inadequately supplied, the Occupying Power shall agree to relief schemes on behalf of said population, and shall facilitate them by all the means at its disposal…All Contracting Parties shall permit the free passage of these consignments and guarantee their protection.
Geneva Convention IV, Article 59

“No protected person may be punished for an offence he or she has not personally committed. Collective penalties and likewise all measures of intimidation or of terrorism are prohibited.”
Geneva Convention IV, Article 33

The 2004 International Court of Justice Advisory Opinion on the Separation Wall reaffirms that legislative and administrative measures taken by Israel as the occupying power that have changed the status of Jerusalem are not valid since they violate international law.

[The International Court of Justice (ICJ) is the principal judicial arm of the United Nations. The ICJ settles disputes between states and gives advisory opinions on international legal issues referred to it by the UN.]

See more on this subject in The Status of Jerusalem in International Law from the NAD.

The family unit is protected in Article 46, Hague Convention II and Article 27, Geneva Convention IV. Civilians are at all times entitled to respect for their persons, honour, family rights, religious convictions, and manners and customs.

“The widest possible protection and assistance should be accorded to the family, which is the natural and fundamental group unit of society, particularly for its establishment and while it is responsible for the care and education of dependent children.”
International Covenant on Economic, Social and Cultural Rights, Article 10 (ratified by Israel in 1991).

Impediments of family reunification also violate the prohibition against forced transfer in Article 49, Geneva Convention IV, as it forces protected people outside the occupied territory.

Regarding The Separation Barrier

The International Court of Justice (ICJ) Ruling: (9 July 2004) issued an ‘Advisory Opinion’ stating that the wall built on West Bank land including East Jerusalem, is illegal. The Advisory opinion called for construction of it to be stopped immediately, due to its route which runs deep into the West Bank and East-Jerusalem. The Court related to the construction of the barrier as a policy as a policy that contributes to displacement, impeded the Palestinian right to self-determination and is “tantamount to annexation”, which is forbidden under international law.

Adding that the West Bank wall violates Palestinians’ right to freedom of movement as well as other human rights (rights to health, education, work, etc.), the court concluded that: “Israel is under an obligation to immediately terminate its breaches of international law; to cease the works of construction of the wall being built in the oPt including in and around East Jerusalem; to dismantle the structure placed; and to make reparation for all damages caused by the wall.”

The right to freedom of movement provides that people are entitled to move freely within the borders of the state, to leave any country and to return to their country.
Universal Declaration of Human Rights, Article 13 and International Covenant on Civil and Political Rights, Article 12

Regarding Freedom of Worship

Israel has ratified the International Covenant on Civil and Political Rights of 1966, which provides that “Everyone shall have the right to freedom of thought, conscience and religion. This right shall include freedom to have or to adopt a religion or belief of his choice, and freedom, either individually or in community with others and in public or private, to manifest his religion or belief in worship, observance, practice and teaching.”

Movement restrictions that impede access to religious institutions -and are not necessary for the maintenance of public order – infringe on the rights of the Palestinian population to freedom of religion and worship, according to Article 46, Hague Convention II; Article 58, Geneva Convention IV, and Article 75, Additional Protocol I to Geneva Convention IV.

Regarding Respectul and Humane Treatment

“Protected persons are entitled, in all circumstances, to respect for their persons, their honour, their family rights, their religious convictions and practices, and their manners and customs. They shall at all times be humanely treated, and shall be protected especially against all acts of violence or threats thereof and against insults and public curiosity.”
Geneva Convention IV, Article 27

Regarding Employment and Standard of Living

“Protected persons who, as a result of the war, have lost their gainful employment, shall be granted the opportunity to find paid employment…Where a Party to the conflict applies to a protected person methods of control which result in his being unable to support himself, and especially if such a person is prevented for reasons of security from finding paid employment on reasonable conditions, the said Party shall ensure his support and that of his dependents.”
Geneva Convention IV, Article 39