A Timeline of the Israeli-Palestinian Conflict

Text in brackets has been added to the original CMEP timeline.
All photos on this page have been added by Palestine Portal 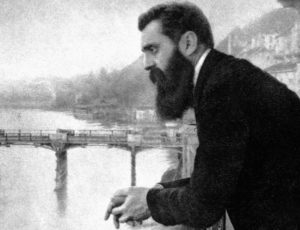 1915   Hussein-McMahon Correspondence- Britain pledges support for Arab independence from Ottoman Empire [in return for military action against the Ottomans by Hussein’s forces, which he did provide].  Hussein and McMahon later disagreed over whether Palestine was included in the territory to be granted independence.

1916   Sykes-Picot Agreement – divides the Ottoman Arab lands into zones exercised by either French or British spheres of influence. Palestine comes under British influence

1917   Britain issues Balfour Declaration which calls for “support of the establishment in Palestine of a national home for the Jewish people…it being clearly understood that nothing shall be done which may prejudice the civil and religious rights of existing non-Jewish communities in Palestine.”

1922   Council of the League of Nations divides Arab lands; British mandate for Palestine is established.

1929   Arab-Jewish riots in Hebron and elsewhere left nearly 250 Arabs and Jews dead and the Jewish community of Hebron ceased to exist.

1946    Hostilities in Palestine escalate, including the bombing of the British King David Hotel by the Jewish Irgun.

1956    Suez Crisis. Nasser’s nationalization of the canal leads to military action by France, Britain and Israel. US forces allies’ withdrawal. Eisenhower threatens economic sanctions on Israel if it failed to do so.

1964    Palestinian Liberation Organization (PLO) is established, with the stated aim of eliminating Zionism in Palestine.

1969-1970    Israel begins establishing settlements in occupied territories.  Jordan drives PLO out of Jordan: PLO forms base in southern Lebanon.  Egypt’s “War of Attrition” against Israel, with Soviets aiding Nasser, leads to the Rogers Plan which sets UNSC Res. 242 as the basis for negotiations.

1974   Palestinian National Council adopts a political program.  Israelis interpret this as staged liberation of Palestine; it comes to be viewed as meaning that a state in part of Palestine was acceptable to the PLO.

1977   Menachem Begin and Likud coalition win Israeli elections.  Settlements in occupied territories increase. Egypt’s President Sadat goes to Israel’s Knesset and expresses desire for Egypt and Israel to live together in permanent peace based on justice? and calls for Palestinian right to own state. 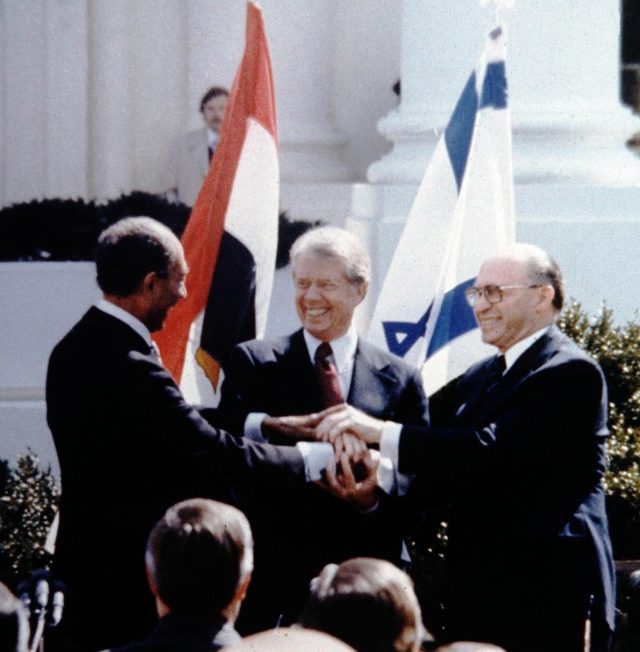 1987   First Intifada, a Palestinian popular uprising against the Israeli occupation of the territories, begins in Gaza and spreads to West Bank.

1988   The PLO accepts UN resolution 242 and 338, renounces violence and recognizes the right of Israel to exist within its pre-1967 borders.  The United States opens dialogue with the PLO.  Hamas, also known as the Islamic Resistance Movement is founded.

1991   Gulf War begins in January in response to Iraqi invasion of Kuwait in 1990. Madrid Conference – Israel and Arabs begin bilateral and multilateral negotiations. 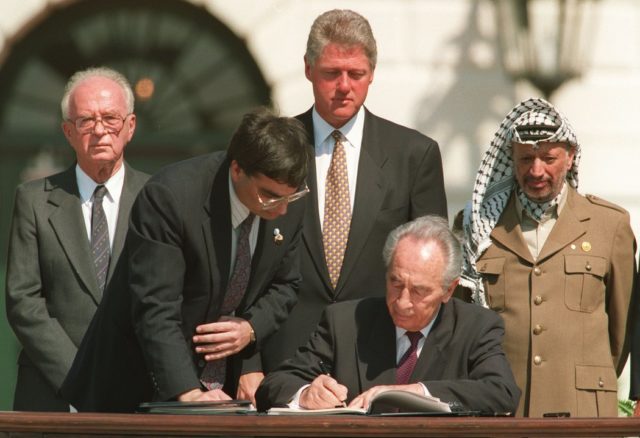 1993   Oslo Peace Process (photo, right), the agreement between the two sides to make gradual steps towards a final settlement of the conflict, begins.  Clinton hosts PLO and Israel signing of the Declaration of Principles.  Israel recognizes the PLO and gives it limited autonomy in the West Bank and Gaza, creating the Palestinian Authority.  In return, the PLO gives up its claims to Israel’s territory as defined by its pre-1967 borders.  First Hamas suicide attack.

1998   Wye River Memorandum, outlining further Israeli withdrawal from the West Bank, is signed but frozen. PNC renounces clauses in PLO charter that are offensive to Israel.

2000   Camp David II – Clinton’s negotiations on final status issues between Barak and Arafat breakdown, largely over the issue of Jerusalem.

2002   Reoccupation of Palestinian areas begins. Arafat placed under house arrest. Occupation of Church of the Nativity in Bethlehem.

2003   US-initiated war in Iraq. Occupation of Iraq begins. The Road Map is released by the US, UN, Russia and the EU. Geneva Accords and People’s Voice Initiative released. 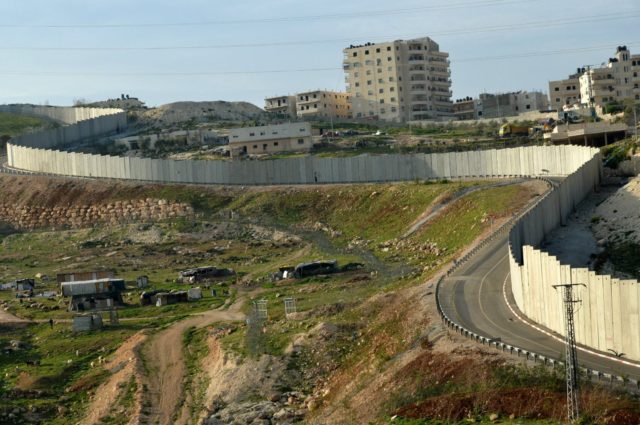 2005    Mahmoud Abbas elected President of the Palestinian Authority on a non-violent platform.  Second Intifada ends with Sharm el-Sheikh summit in February and declaration of cease-fire by militant groups in March.  In State of the Union address Bush recommits to two-state solution and asks Congress for additional aid to the Palestinians.  Gaza withdrawal is completed in September.

Hezbollah-Israel conflict erupts in the summer following kidnapping of Israeli soldiers; month-long war ends with a cease-fire on August 14.

Former British PM Tony Blair is appointed the Quartet’s Mid-east peace envoy and tasked with addressing economic and development issues in the territories.

President Bush announces Mid-east peace conference. The conference takes place in Annapolis without Hamas and with all Arab League nations participating including Syria and Saudi Arabia. Syria participates on the condition that a Syria-Israeli track will be pursued in the upcoming peace talks.  Annapolis concludes with PM Olmert and President Abbas agreeing to a “joint understanding” to “make every effort to conclude an agreement before the end of 2008.” 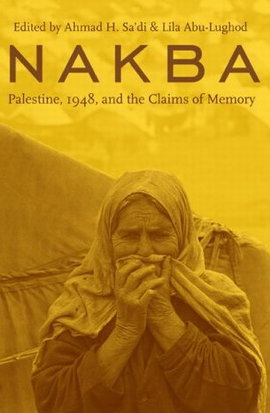 An international donors conference in Paris earns $7.4 billion for the PA.

2008   In January, President Bush makes his first visit to the Holy Land as president. Also in January, Israel closes all border crossings with Gaza to halt Palestinian rocket attacks. Palestinian militants bomb the Rafah border and tens of thousands of Gazans cross the border into Egypt.

In June, a Gaza cease-fire is brokered between Hamas and Israel by Egyptian intermediaries.

In September, Israeli PM Olmert announces intent to resign and by October Tzipi Livni announces she cannot form a coalition because of Shas party demands  and calls for new elections.

2009   Begins with escalating violence in Gaza and southern Israel.   On Jan. 8 the UN Security Council passes Resolution 1860, calling for a full ceasefire.  The U.S. abstains.  On Jan. 17, Israel announces a unilateral end to offensive military operations in the Gaza Strip and on Jan.18 Hamas announces a one-week ceasefire, demanding Israeli troops withdraw from the Gaza Strip.

US President Barack Obama is sworn in on January 20.  He and Secretary of State Hillary Clinton appoint former Senator George Mitchell as special envoy to the Middle East to work on the Israeli-Palestinian conflict. 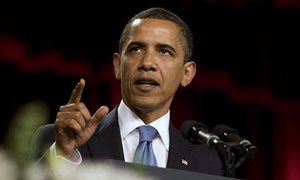