Jesus was a Middle Easterner, as were the first Christian missionaries—James, Peter, Paul, Mark, and Thomas among them. Our Christian faith ties us to the Middle East, where Christ was born; and to Europe, to which Christianity spread and underwent historic reform. As North American churches in the Reformed tradition, our faith heritage—and for many, our family roots—are grounded in the Middle East and Europe.

Global Ministries (a common witness of the Christian Church (Disciples of Christ) and the United Church of Christ) is part of this rich Christian heritage, steeped in UCC and Disciples missionary history of more than two centuries. The first Congregational missionaries to the Middle East left for Smyrna (Izmir, Turkey), Beirut, and Jerusalem in 1819; the first Disciples missionary went to Jerusalem in 1849. They found living and witnessing Christian communities there, even as they discovered great ecumenical and interfaith diversity.

Today, our Middle Eastern and European partners offer important witness in contexts of diverse religious traditions—and of changing religious landscapes. We are blessed to accompany many churches, faith-based organizations, and institutions in the Middle East and Europe as they strive to:

•    Support human rights and promote human dignity;
•    Advocate for justice and peace in contexts of conflict; engage in interfaith dialogue;
•    Respond to the needs of people impacted by emergencies, including natural disasters and war;
•    Promote community and economic development;
•    Provide opportunities for education—from primary schools through seminaries and universities;
•    Witness to their faith even in challenging contexts.
Source: http://www.globalministries.org/mee 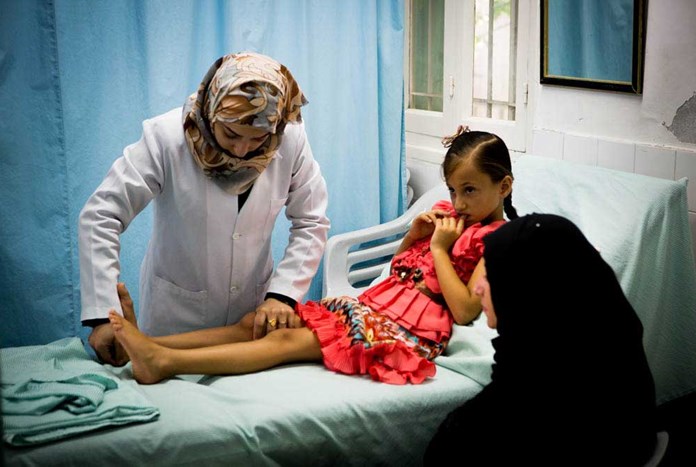 Al Ahli Hospital, which is run by the Diocese of Jerusalem, is located in Gaza City. The political status of Gaza affects all aspects of life here because of restrictions on movement of materials and people in and out. Electricity, medicines, food, fuel, and personnel are all restricted to some extent. During the 2014 Israel Gaza conflict, the hospital struggled to treat the wounded and care for dozens of families seeking refuge in the hospital’s grounds. Airstrikes caused structural damage to the hospital, including broken windows and damage to the ventilation system in the operating theatre and emergency room. Patients’ health conditions are compromised by limited access to electricity and clean water and also by sewage contamination and repeated psychological trauma. In the aftermath of the war, the hospital continues to treat the injured and provide counseling and other mental health services for those suffering the effects of trauma. The hospital is also offering food parcels to those who are homeless or without livelihood.

B’Tselem
As an Israeli human rights organization, B’Tselem acts primarily to change Israeli policy in the Occupied Territories and ensure that its government, which rules the Occupied Territories, protects the human rights of residents there and complies with its obligations under international law. B’Tselem endeavors to document and educate the Israeli public and policymakers about human rights violations in the Occupied Territories, combat the phenomenon of denial prevalent among the Israeli public, and help create a human rights culture in Israel. B’Tselem ensures the reliability of information it publishes by conducting its own fieldwork and research, the results of which are thoroughly crosschecked with relevant documents, official government sources, and information from other sources, among them Israeli, Palestinian, and other human rights organizations. B’Tselem in Hebrew literally means “in the image of” and is also used as a synonym for human dignity. The word is taken from Genesis 1:27, “And God created humans in his image. In the image of God did He create him.” It is in this spirit that the first article of the Universal Declaration of Human Rights states that “All human beings are born equal in dignity and rights”.

Diyar Consortium
Diyar is the plural of Dar, which means “home” or “homeland” in Arabic. Diyar is a Lutheran based, ecumenically oriented organization serving the whole Palestinian community with emphasis on children, youth, women and the elderly through unique programs that are contextual and holistic in nature. Founded in 1995 as the International Center of Bethlehem, Diyar Consortium serves several thousands of members and reaches to more than 60,000 people annually.

Ecumenical Accompaniment Programme in Palestine and Israel
Ecumenical Accompaniers (EAs) are international volunteers who accompany Palestinians and Israelis in their nonviolent
efforts to bring about an end to the occupation and a resolution to the conflict. They offer protective presence to vulnerable communities and monitor and report human rights abuses. When they return home, EAs use their firsthand experiences to open the eyes of the world to the realities of occupation and campaign for a just and peaceful resolution to the Israeli/Palestinian conflict based on international law. Since 2002 over 1,500 volunteers have served as EAs.

Episcopal Diocese of Jerusalem
The Diocese of Jerusalem covers five countries and is home to almost 30 parishes, including 12 in Palestine and Israel. Its healthcare and education ministries are active and growing across the region with the provision of hospitals, clinics, rehabilitation centers, and schools. Alongside these ministries, the Diocesan Peace and Reconciliation department continues to work at strengthening interfaith dialogue with Jews and Muslims. The Kids4Peace program strives to educate the next generation in a language of tolerance and acceptance.

Evangelical Lutheran Church in Jordan and the Holy Land
With the hope of promoting peace in the Middle East, Global Ministries partners with the Evangelical Lutheran Church in Jordan and the Holy Land (ELCJHL), part of the global Lutheran family. ELCJHL comprises six congregations in Jerusalem, the West Bank, and Jordan. The ELCJHL traces its origin to the middle of the 19th century when German and English Evangelical Christians came to Palestine to support the Christian minority in the area through diaconal and mission work. It advocates for a just peace and a two state solution. It has made education a high priority by serving more than 3000 pupils in its schools. The ELCJHL also is actively engaged in ecumenical and interfaith dialogue. 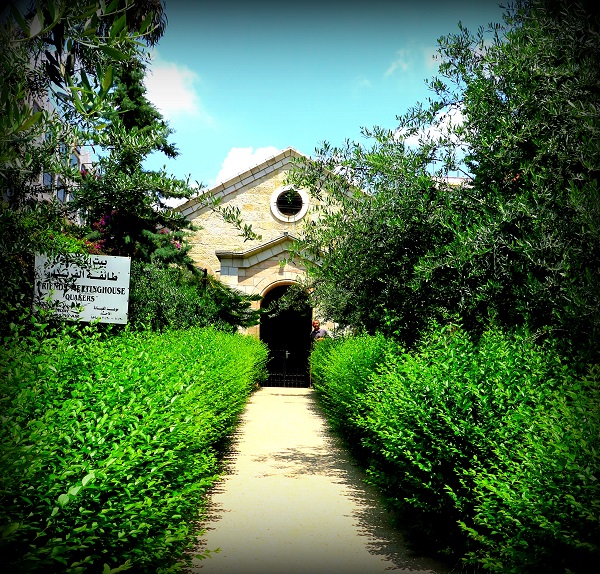 Ramallah Friends Meeting
There has been an active and vibrant Palestinian Quaker community in Ramallah since the late 1800’s. The Ramallah Friends Meeting has always played a vital role in the community. In 1948, the Meeting provided shelter to many Palestinian refugees. It has developed community programs such as the Children’s Play Center and the First Day School. Current community programming centers on cultivating a culture of nonviolence. It provides a safe and supportive environment in which Palestinians can come together to work toward a better future in an atmosphere of faith and hope. It also serves as a vehicle through which Friends and other people of good will can connect with and provide support to those in the region who are striving to build a future of peace and justice.

Kairos Palestine
Kairos Palestine is a Christian Palestinian movement, born out of the Kairos Document, which advocates for ending the Israeli occupation and achieving a just solution to the conflict. The Kairos document, “A Moment of Truth” is a Christian Palestinians’ word to the world about what is happening in Palestine. It is written at this time when Palestinian Christians wanted to see the Glory of the grace of God in this land and in the sufferings of its people. In this spirit the document requests the international community to stand by the Palestinian people who have faced oppression, displacement, suffering and clear apartheid for more than six decades.

Middle East Council of Churches – Department of Service for Palestinian Refugees
Department of Service for Palestinian Refugees (DSPR) is one of several programs administered by the Middle East Council of Churches. Established in the early 1950’s DSPR was organized to aid Palestinian refugees with their newly acquired status following the 1948 Arab Israeli war. DSPR advocates for Palestinians and works to improve the quality of life for the innumerable Palestinians who live in the refugee camps in Gaza, Jerusalem, the West Bank, Galilee, and also in Jordan and Lebanon. A longtime focus of DSPR has been the construction of cisterns in the many communities that have few or no dependable water sources. 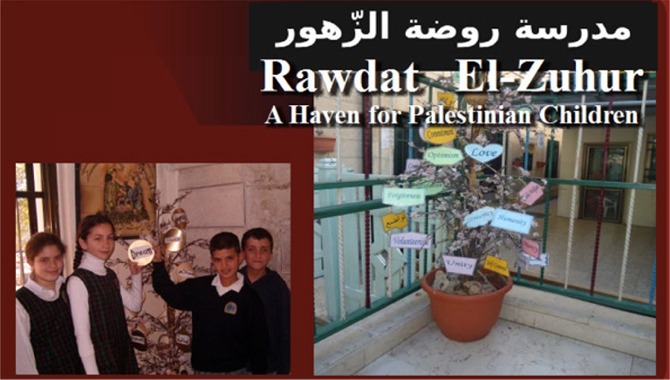 Rawdat el Zuhur
Rawdat El Zuhur (Arabic for “Garden of Flowers”) is a primary school for Palestinian Christian and Muslim children in East Jerusalem. It was established in 1952 by Elizabeth Nasir, a teacher and social worker who dedicated her life to helping children in need. The school began in Elizabeth’s home and has grown into one of East Jerusalem’s most notable coeducational institutions. The school now serves 221 students, and employs 23 teachers and four workers. It mainly serves the lower income community.

Sabeel Ecumenical Liberation Theology Center (Jerusalem)
Sabeel describes itself as an ecumenical center for Palestinian Liberation Theology which seeks to make the Gospel contextually relevant. In Arabic Sabeel is “The Way” and also a “Spring of Water”. Sabeel strives to develop a spirituality based on justice, peace, nonviolence, liberation, and reconciliation for the different national and faith communities. Sabeel also works to promote a more accurate international awareness regarding the identity, presence, and witness of
Palestinian Christians. 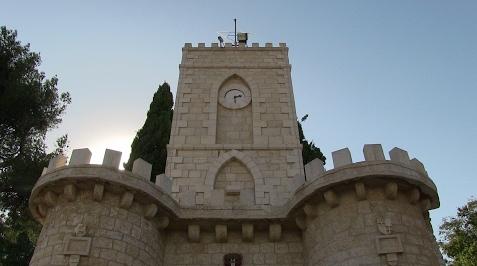 Tantur Ecumenical Institute
Tantur Ecumenical Institute was established in 1972 as a place for scholars, pastors and lay people to live for a period of time in the Holy Land in an ecumenical environment. Over the years various educational programs have been developed to meet the spiritual, educational and sabbatical needs for those who want an extended time of study and prayer beyond the confines of normal pilgrimages. Tantur is located on 40 acres of land between Jerusalem and Bethlehem.

The YWCA of Palestine is an ecumenical grassroots movement serving women of all faiths. The main aims are to promote women’s full and equal participation at all levels of society. Programs include vocational training; digital literacy; youth activities; summer camps; income generating projects; and advocacy work in areas such as human rights. The YWCA headquarters are in Jerusalem. There are three local associations in Jerusalem, Jericho and Ramallah, and three centers in refugee camps. The YMCA of East Jerusalem and the YWCA of Palestine have created the Joint Advocacy Initiative, whose work can be found at www.jai-pal.org.