Advocacy for a just peace in Israel/Palestine cannot ignore the enormous role played by the United States, which has served as protector, funding source and advocate for Israeli interests, at the same time it attempts to be an objective and even-handed broker during the decades-long peace process. Every serious analyst of the situation in Israel/Palestine recognizes the necessity of change in US policy for the goal of a lasting and secure peace based on justice for all to be achieved in Israel/Palestine.

For this reason, justice advocates has made advocacy with US government leaders an important focus for their efforts, with national grassroots action alerts, delegations to visit members of Congress, congressional briefings, municipal advocacy and more.

Along with the avenues for political advocacy below,
see the nation-wide Legislative Advocacy work of Jewish Voice for Peace:
https://jewishvoiceforpeace.org/legislative-advocacy 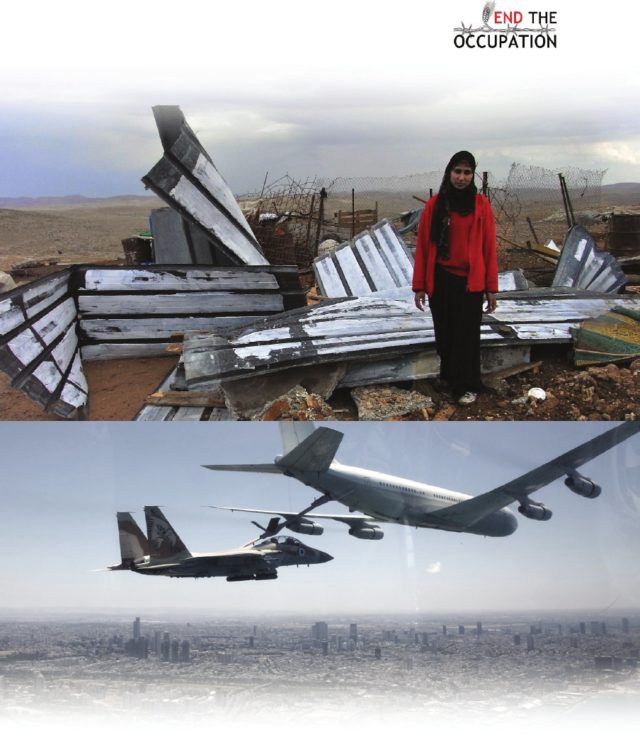 Focus on US Military Aid to Israel

From 2009 to 2018, the United States gave Israel – the largest recipient of US assistance – over $30 billion in military aid. In enforcing its brutal military occupation of the Palestinian West Bank, East Jerusalem, and Gaza Strip, Israel regularly misuses US weapons in violation of US law to kill and injure Palestinian civilians, destroy Palestinian civilian infrastructure, blockade the Gaza Strip, and build illegal settlements in West Bank and East Jerusalem.

If you live in the United States, how much of this total will your community provide?  Is this a good use of Americans’ tax dollars? What else could taxes be used for in your community?  Find out on the interactive map provided by US Campaign:
http://uscpr.org/campaign/government-affairs/resources/how-much-military-aid-to-israel

See also the US Campaign’s policy paper that lays out the historical, legal, moral, and economic reasons why the United States should end US taxpayer-financed weapons transfers to Israel:
http://uscpr.org/campaign/government-affairs/resources/military-aid-policy-paper/ 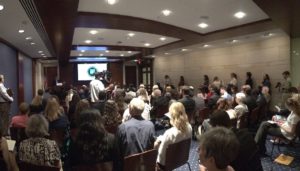 Numerous organizations, often working in coalition, have presented well-attended congressional briefings to educate members of Congress about the realities of the Israeli occupation, the effect of that occupation on Palestinian villages in the West Bank, the humanitarian catastrophe in Gaza, the plight of Palestinian children living under occupation, and related subjects.
Learn more about these Congressional Briefings:
https://www.kairosresponse.org/congressional_briefings.html

See the yearly briefings about Palestinian children held by Rebuilding Allliance on the International Day of Peace:
http://www.rebuildingalliance.org/international-peace-day-briefing/

FROM US CAMPAIGN FOR PALESTINIAN RIGHTS (USCPR):
One of the most exciting new BDS frontiers has been municipal campaigns, where communities are challenging their local governments and councils to refuse to contract with or invest in companies involved in Israel’s violations of Palestinian rights.

In October 2015, Portland, Oregon took its first step towards becoming “occupation-free” when its Human Rights Commission unanimously endorsed placing human rights violators Caterpillar, HP, G4S, and Motorola Solutions on a city no-buy list. This occurred shortly after human welfare commissioner Cheryl Davila was fired for bringing forth a similar resolution in Berkeley, California. And who could forget the watershed coalition-led campaigns that led St. Louis, Missouri to dump Veolia and Durham, North Carolina to drop G4S?

These valiant efforts have inspired activists nationwide to pursue similar campaigns in their cities today.

Get FOSNA’s toolkit to help you launch your own municipal campaign and make your city an Occupation-Free Zone.