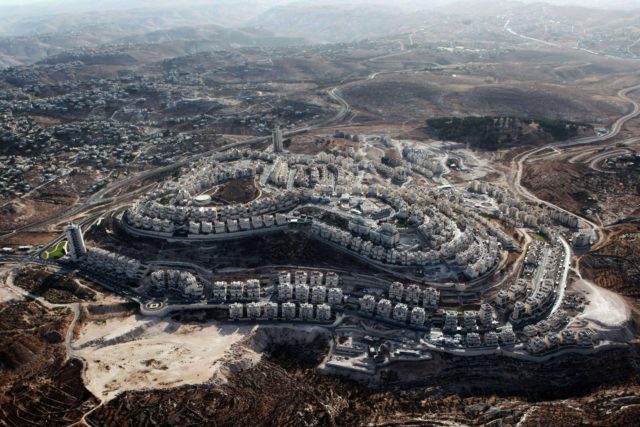 Israeli settlements are the centerpiece of the Israeli occupation and are widely considered the biggest obstacle to achieving a just peace between Israelis and Palestinians. From the settlements spring a myriad of justice issues, due to the diverse and severe violations of Palestinian rights that Israel’s settlement enterprise causes.

At the time of the Oslo Accords in the 1990’s, there were already over 250,000 settlers in the occupied territories. Today that number has increased to 650,000 or more. In 2016, Israeli announced several plans for new settlements and numerous additions to existing settlements.

This ever expanding settlement enterprise is a glaring, continual violation of the principles and objectives of the so-called “peace process” in which Israel has participated for decades, something that the world powers that facilitate the peace process have largely ignored or protested with statements that are not enforced with effective actions at their disposal.

What are the settlements?

Israeli settlements are segregated communities only for Israeli Jews that have been created illegally in the occupied Palestinian territories. After it occupied the West Bank and Gaza (among other areas) in 1967, within one year Israel began to illegally colonize the occupied territory in violation of international law. Such law applies equally to East Jerusalem which – although Israel unilaterally expanded Jerusalem’s borders in 1967 and subsequently annexed the expanded municipality to itself – is occupied territory under international law and therefore barred from colonization.

Where are the settlers?

In the fifty years since this illegal Israeli colonization began, the settlements have spread through the West Bank. There are 125 or more recognized settlements, as well as 100 or more outposts. Outposts are fledgling settlements set up without Israeli government authorization but often with the aid and support of government officials. Outposts may achieve official government approval eventually and can grow into well-established communities.

Previously, there were 16 settlements in the Gaza Strip and four in the northern West Bank that were dismantled in 2005. However, as with all of the West Bank, Gaza is still to be considered occupied territory under international law, for Israel controls the lives of all Gazans with its blockade by air, sea and land.

Settlements range from farming communities and frontier villages to urban suburbs and neighborhoods. Some can be considered cities, having tens of thousands of residents. Israel provides considerable incentives to move to the settlements, with generous subsidies for housing purchases, wide-ranging education benefits, grants and subsidies for industry and agriculture, taxes that are lower than within Israel, and more. 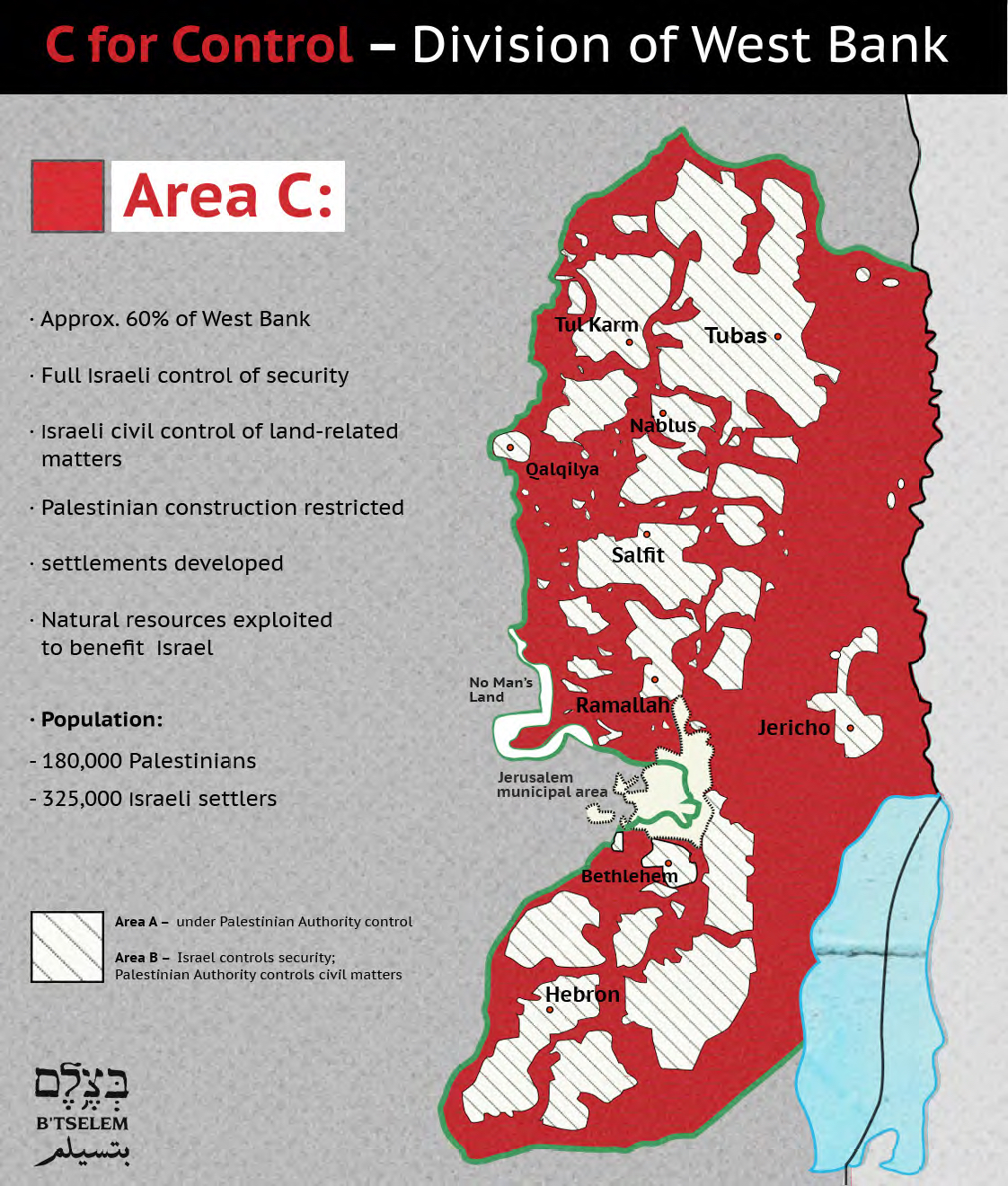 Today 60% or more of the West Bank is controlled by Israel; the settlement enterprise and the entire infrastructure that accompanies it have cut up the West Bank and created isolated cantons or bantustans for the Palestinians.

How do the settlements affect Palestinians?

As an occupying power, international law holds Israel responsible for the welfare of all the people in the occupied territory. Far from fulfilling its legal and moral obligations, Israel’s settlement enterprise causes systemic violations of Palestinians’ rights and has created a miserable existence for those living with its effects:

International Law and the Settlements

Through all these facets of the settlement enterprise, Israel has shown its disregard for international law for 50 years as of 2017. Its colonization of occupied Palestinian territories violates various instruments of international law by which it is bound, including the Hague Convention, the Fourth Geneva Convention, UN Security Council Resolutions 242, 465, and 2334, and the 2004 ruling of the International Court of Justice.
See more about Israeli policies and International Law here.

In December 2016, U.S. Secretary of State John Kerry, speaking on UN Security Council Resolution 2334, stated:
“It’s important to note that every United States administration, Republican and Democratic, has opposed settlements as contrary to the prospects for peace. And action at the U.N. Security Council is far from unprecedented. In fact, previous administrations of both political parties have allowed resolutions that were critical of Israel to pass, including on settlements.”

In fact the United States, Israel’s greatest ally, has consistently maintained not only that the settlements obstruct peace, but that they are prohibited by international law and by the peace agreements and processes that Israel is party to. It is the United States’ unswerving policy that all settlement expansion, whether for “natural growth” or new development, must cease. [In our Resources below, see CMEP’s collections of statements about the settlements by U.S. officials from the Obama administration back to the Johnson administration in the 1960’s.]

See also resources on The Occupation, many of which include information about the settlements. 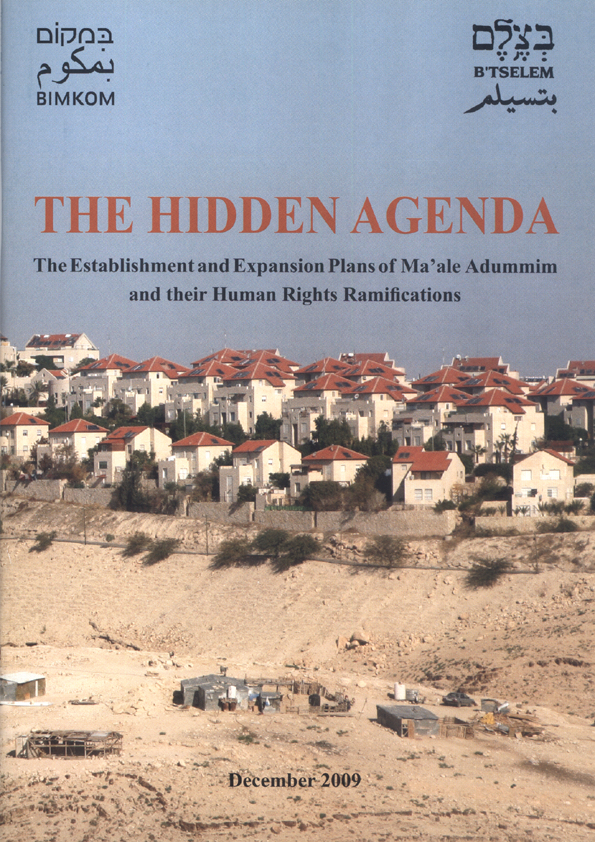 B’Tselem – PDF: Hidden Agenda: The Establishment and Expansion Plans of Ma’ale Adumim and their Human Rights Ramifications (2009) – 59 pp.
B’Tselem – PDF: The Settlements and International Law (a portion of “Hidden Agenda” – see above) – 2 pp.

B’Tselem – Web page: Encouragement of migration to the settlements (2010)

B’Tselem – Web page: Statistics on Settlements and Settler Population (2015)
See in the right hand column of that page, an Excel spreadsheet: Settlements population 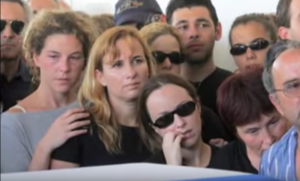