The Israeli military occupation of Palestinian territories is most of all about land and the hunger for more land. The occupation of the West Bank and Gaza began with the Six Day War of June 1967; in 2017, the occupation becomes 50 years old. Yet in international law and practice, military occupations are expected to be temporary, until the final status of that territory is determined and a government established. During that time, the occupier bears responsibility for the welfare of the inhabitants of that territory and is forbidden to make any permanent changes to their land or to move its own citizens there as residents, which would constitute colonizing that land.

However, Israel’s actions since the occupation began have clearly demonstrated its intentions: that this occupation will not be temporary, but rather will lead to permanent possession of some or all of the Palestinian territory taken in the 1967 war.

The Oslo Accords, signed in the early 1990’s, established the Palestinian National Authority with the goal of soon resolving remaining issues between the two peoples and achieving self-determination for the Palestinians. Yet, since that time, Israel has hugely expanded its presence in and control of the West Bank and increased the number of Israeli settlers from about 260,000 in 1993 to 650,000 or more in 2017.

Growing a nation’s territory by force is strictly forbidden in international law, as the UN Security Council made clear in Resolution 242, which the UN SC adopted unanimously in November 1967 and which states “the inadmissibility of the acquisition of territory by war” and calls for the “withdrawal of Israel armed forces from territories occupied in the recent conflict.” 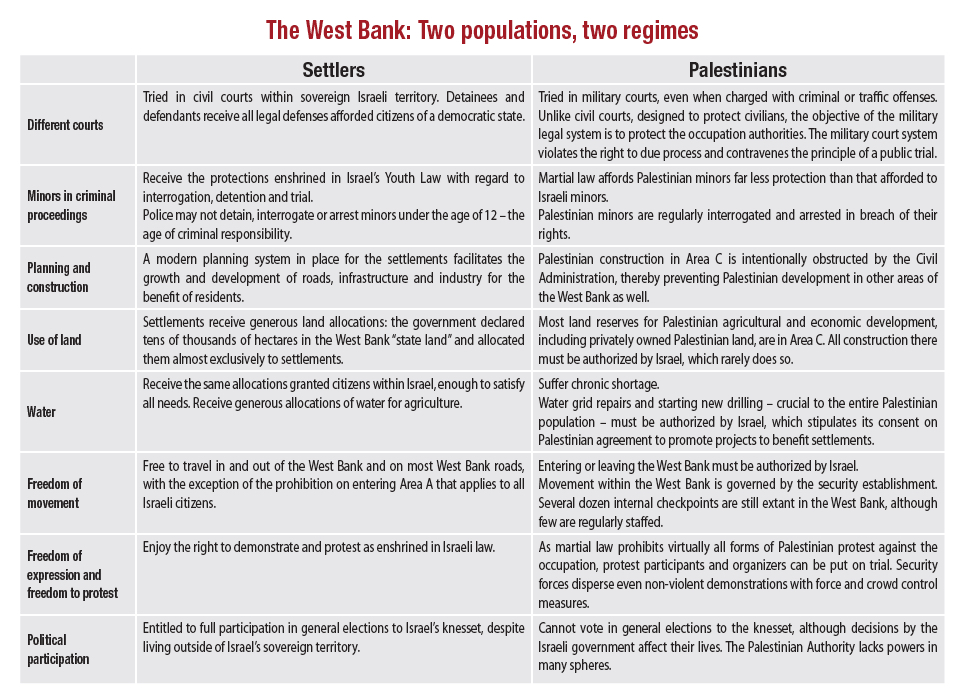 Above: From “47 Years of Temporary Occupation” by B’Tselem, a comparison of life in the occupied territories for Israelis and Palestinians. See a larger view of this chart.

In the Occupied Palestinian Territories, Israel controls nearly every facet of life for the Palestinians:

The Gaza Strip is part of the occupied Palestinian territories, despite Israel’s insistence that Gaza has not been occupied since 2005 when Israel removed military bases and Jewish settlers. “Occupation” is a term of international law which still applies, primarily because Israel exercises “effective control” over the people of Gaza with its blockade by air, sea and land.

Israel has used its power as an occupying force to produce a brutal regime that has dispossessed hundreds of thousands of Palestinians of their homes and land, traumatized generations of Palestinian children, caused widespread poverty, and trampled Palestinians’ human rights for half a century. In the opinion of many analysts, the current extent of colonization in the West Bank has made the establishment of a viable, contiguous state impossible; without doubt, the blockade of Gaza has produced a humanitarian catastrophe of historic proportions.

This state of sweeping injustice cannot be allowed to remain forever, and ending the Israeli occupation has become a central objective for many who work for a just peace in the Holy Land.

In addition to resources listed here, find more information on the Israeli Occupation at these pages and sections: History, Maps: 1967 to Present, More Advocacy Resources and Curricula. 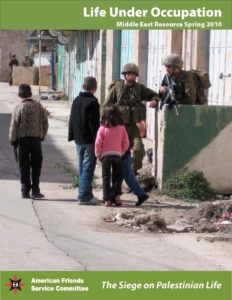 EAPPI/WCC – PDF: Faith Under Occupation: The Plight of Indigenous Christians in the Holy Land (2012) – 97 pp. 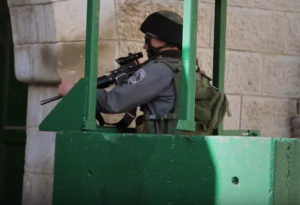 AFSC – Video: Illegal Israeli Settlements and Palestine: A Land in Fragments [2 mins] Quick introduction to the fragmentation of occupied territory that prohibits a Palestinian state and a peaceful resolution of the conflict.

JVP – Video: Israel & Palestine: A very short introduction [6 mins] An animated video from Jewish Voice for Peace gives a quick look at the conflict, includes overview of the Israeli occupation.

EAPPI – Video: Eyewitness [13 mins] Provides a vivid, up-close view of Palestinians’ lives under occupation, as well as the contrasting lifestyle of Israelis just a few miles away, all as as they are witnessed by Ecumenical Accompaniers.

UCC – Video: Seeking Justice and Peace [19 mins] Outlining the history of the Palestinian-Israeli conflict and the challenge of the Occupation. Produced primarily for internal use, the video does not claim high production values, but seeks to offer an overview of the conflict for those interested in the UCC’s 2005 General Synod resolution, and a history of the current issues.